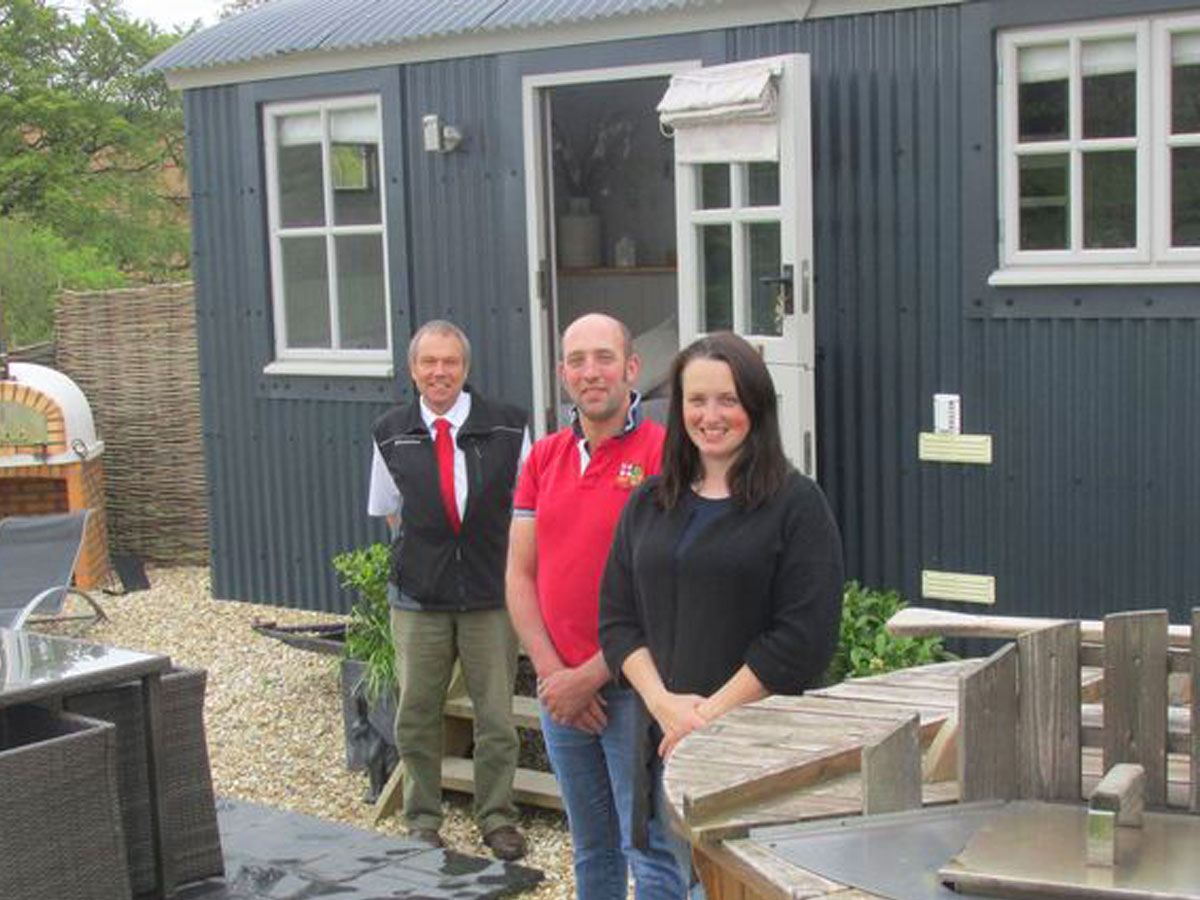 Dave and Vicki Lawrence have grown their guest offering at Knightstone Farm thanks to the help and guidance of South West insurer, Cornish Mutual, writes Athwenna Irons.

Growing numbers of farmers are tapping into the South West’s enduring appeal to holidaymakers by setting up holiday lets and glamping sites on their land.

Gary Burgess, field force inspector for South West insurer Cornish Mutual, says: “I suppose it started with bed and breakfast and the odd small camping field. Then with farm buildings losing their original function, many of them were turned into holiday accommodation.

“We’re getting more and more enquiries from our Members about setting up holiday lets, glamping sites and the like. It’s about staying ahead of the game, being a bit different from your competitors and responding to what your clientele is looking for.”

One rural business to have done just that is Knightstone Farm, near Ottery St Mary, where Dave and Vicki Lawrence run a small glamping site alongside their 380-head dairy herd. With a safari tent and shepherd’s hut, Knightstone Farm Luxury Glamping is connected to land that the Lawrence family has farmed for decades.

The inspiration came in 2012 when a safari tent at Devon County Show caught Vicki’s attention, triggering memories of their honeymoon in Kenya two years’ earlier. Coming from a farming family, as well as being a trained landscape architect and former planning agent, Vicki immediately saw the potential in a tucked-away corner of their land next to the lake. The following year, the couple began welcoming their first guests.

Vicki explains: “When I saw the safari tent, I had the idea that it could run alongside the farm. Most older farms have buildings that you can convert into holiday accommodation. Because our farm is relatively new, we had to think outside the box. We had the perfect area for it, with the lake, a footpath into Ottery, and beavers on the river that had already got the farm on to the news. It just made sense.”

In 2016, the couple expanded the site by adding a shepherd’s hut. Like the safari tent, it balances simplicity and a connection to nature with comfort and luxury – both are ensuite and feature wood-fired hot tubs, sunbeds and contemporary décor. With goats, chickens and Shetland ponies all on site, anyone staying at Knightstone Farm can get a flavour of rural life.

Having just installed a new outdoor pizza oven, Vicki and Dave are continually adding to and improving the site and its offer, with the next plan being to add a second larger shepherd’s hut to the site. As Vicki says: “More and more glamping sites are being set up, so we have to stay one step ahead.”

When the couple began researching the business, they sought the advice of their insurer, Cornish Mutual. Vicki explains: “Speaking to Cornish Mutual was a vital part of our business planning and having their advice was really reassuring, especially as we have so many children staying here.”

Cornish Mutual’s Mr Burgess has known Vicki and Dave since they were children, having advised their parents on their farm insurance. As they began to develop the site, he visited a number of times and brought a surveyor to look over the area, focusing on the safety aspects and addressing any issues. He says: “When you are starting a new venture you need to consider all the new risks it’s likely to present and how to address and overcome them for insurance purposes.

“I’ve got to go in like a piece of blotting paper and take in as much information as I can. We like to make it absolutely clear from the outset what we can and can’t do. One example is the children’s play area, which has really good quality equipment but we pointed out that the safety matting should be securely fixed to prevent any potential trip hazard issues arising.

“We also advised them on guests visiting the farm. We know farms can be very dangerous places but the great thing here is that the accommodation is set apart and they had a good plan to control access.”

Welcoming guests to the farm, typically in the afternoon when they can watch the cows being milked, is especially important for Dave, who grew up showing bed and breakfast guests around his parents’ home at Honiton Farm.

Dave says: “I was brought up having visitors around and I always enjoyed taking guests out to meet the cows and that sort of thing. Many of our guests come from cities and it’s often their first time on a farm. I see it as an opportunity to educate people about what a real farm is like.”

Now it is Dave and Vicki’s own young children, Phoebe and Jack, who show guests their parents’ farm. Finding a business that would fit around family life was a priority for the couple. Although it is clearly an idyllic place to grow up, running two businesses is hard work and the summer months are especially busy for the farm and the glamping site.

On the whole, Dave runs the farm while Vicki is in charge of the glamping site, though Vicki says, “Sometimes it’s all hands on deck with one or the other. Early spring is an important time for maintenance, and especially for getting the safari tent up to scratch for the season. We try to do that in February or early March, before things get too busy on the farm.”

As the site starts to get booked up for the summer, Gary Burgess reflects on Dave and Vicki’s successful new venture. “Although it’s been developed in a short space of time, every time I pop in to see Dave and Vicki there’s something a bit different, whether it’s swings, hot tubs or a pizza oven. They’re learning as they go and upgrading as they need to. It’s lovely to see it develop and grow when you’ve had an early involvement. Dave and Vicki have worked really hard and deserve to make a real success of it.”

Vicki adds: “Given the uncertainty of launching a new business, we are very lucky to have Cornish Mutual backing us.” 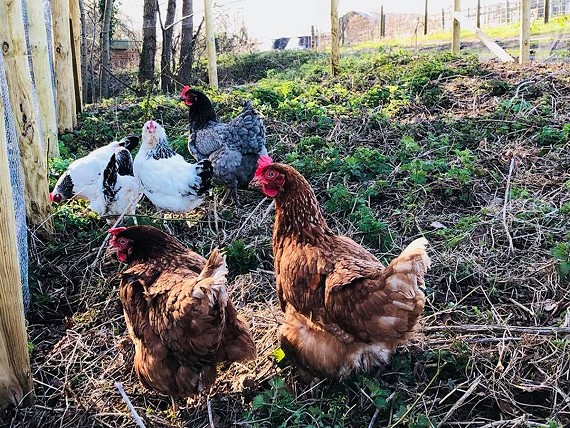 Six of our gorgeous chickens have moved to the glamping site permanently. If you fancy fresh eggs for your breakfast you... 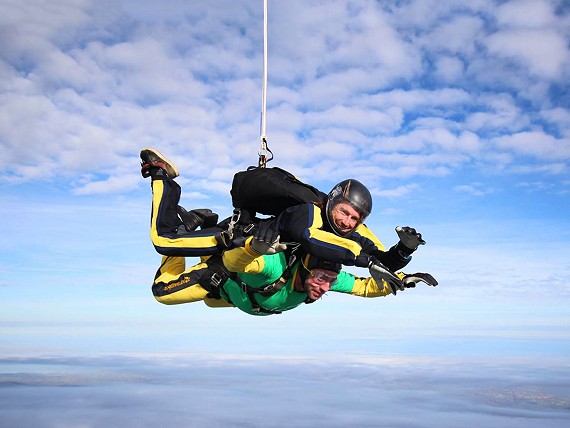 Dave had his brave pants on at the weekend. He took part in a charity skydive for Exeter Leukaemia Fund and jumped out of... 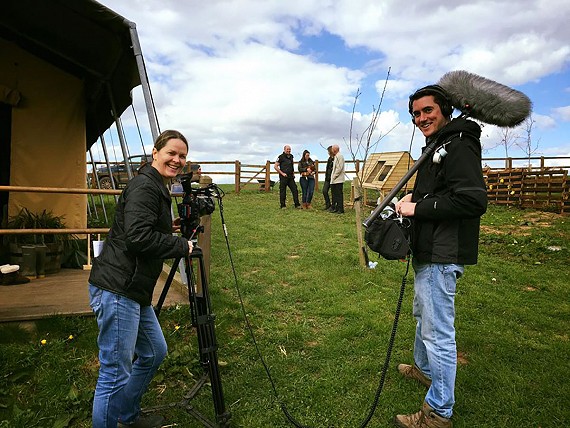 Glamping Devon Escape To The Country

For those of you who do not follow us on Facebook – well last month we had a very exciting day filming with Escape to the...